Have you ever visited the 10 best castle towns in Greece? (part Α)

Greece has 800 castles and they narrate their own history and glorious past. Let’s begin our journey to the 10 best castle towns in Greece. Are you ready to listen their old stories?

The castle of Astypalaia Town, is unique in Dodecanese. The villages in Aegean Sea for centuries needed protection against pirates and enemies. So, most of the castles were purely defensive architecture with thick walls and towers. But, the fortification in Astypalaia is different. The houses  are one next to the other, creating a separate wall. Only the tower of the castle seems to have military character. John Querini the 2nd, governor of Tinos and Mykonos moved in 1207 AD to the castle and at his own expense undertook the restoration!

When the serious earthquake of 1956 hit Astypalaia (7.1 Richter), most of the houses on the hill collapsed, dragging one another and so the remaining buildings were abandoned by their inhabitants. Today the castle has been partial refurbished and the visitors can admire the amazing view and feel the atmosphere of this beautiful castle! 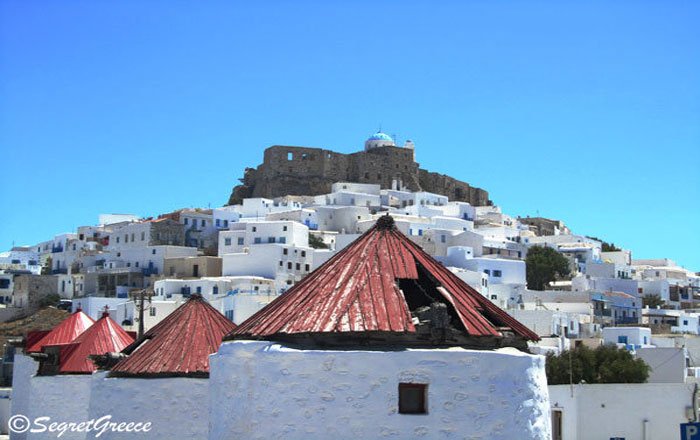 9. Castle of Lepanto in Central Greece

The Castle of Lepanto (Nafpaktos) is one of the best preserved castles in Greece and a terrific example of Greek fortress architecture. It is built on  the hill above the city and because different nationalities, like Turks, Venetians, English and of course Greeks used it as their base, this gave on the town a unique stamp and identity! It is not exactly known what the form of the castle was in ancient time, but some remains of ancient walls are visible today at the side of the sea and on the west side. And it is most likely that it took its current form with five tiers by the Venetian occupy. Nafpaktos is most known for the great battle that took place in 1571, the notorious battle of Lepanto! The Ottoman Empire’s naval power was almost totally damaged by the combined papal, Spanish, Habsburg and Venetian forces. Miguel de Cervantes, who wrote one of the world’s greatest literary masterpieces, Don Quixote, took part in the Battle of Lepanto! He fought against the Ottoman Empire and sustained serious injuries in the conflict: He suffered two chest wounds and his left hand was completely maimed…

View from the Castle of Nafpaktos is lovely as it faces the entrance of the Corinthian Gulf. And at night the lighting from the Rio – Antirrio bridge, one of the world’s longest multi-span cable-stayed bridges, makes the view from the castle unique! 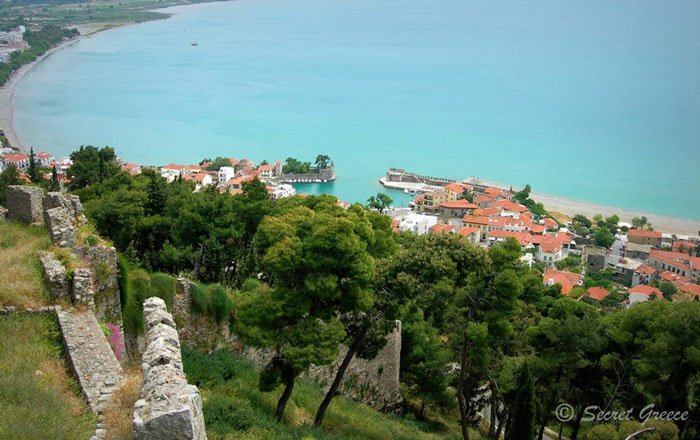 8. Castle Of Ioannina in Western Greece

The Castle of Ioannina is a city benchmark. It is one of the oldest castles and it was built by Justinian in 528 AD. From this initial Byzantine fortifications today survives the tower of Bishop Thomas and a small part in the northwest citadel. The present form is created actually by Ali Pasha who rebuilt the castle in 1815 almost from scratch. Access to the castle until 1913, was only possible if the internal lowered the connection ladder, connecting the outside world with its castle and that’s because the lake and the water “touch” the walls. The castle is divided into four sections: the outer wall, the northwestern citadel, which is dominated by the Aslan Mosque, the southeast citadel of Itch-Kale and finally the actual castle town – the old, walled town of Ioannina. (1st photo by exodostravel) 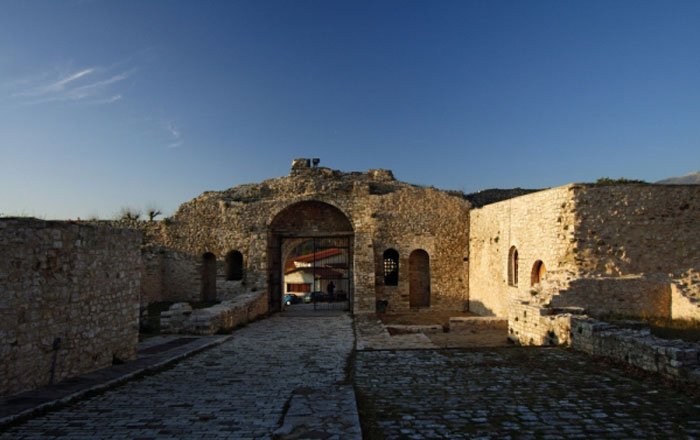 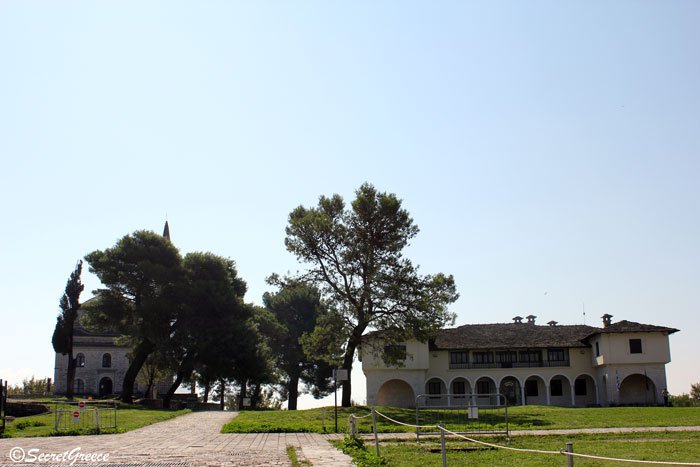 The historical center of Corfu is characterized mainly by two fortresses, one along east side is the Old Fortress, while the other on west side is the New Fortress. The Old Fort is located on an island and joins the city with a concrete bridge that formerly was wooden and mobile. In the past, the two fortresses of Corfu were linked by large walls. 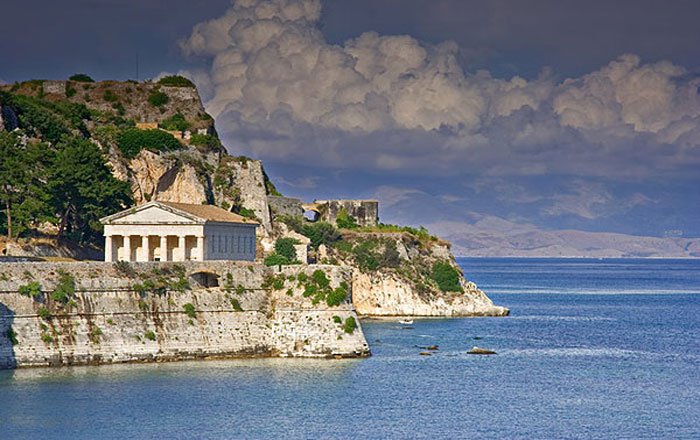 The houses of the village with traditional architecture are made of stone and wood and painted in bright colors and combining with the impressive Byzantine castle that dominates the area, this creates a picturesque and romantic environment! The paved paths that lead to old neighbourhoods, churches and also beautiful beaches complete the fairytale beauty. Benchmark of this amazing and traditional village is its castle, which is the second largest on the island. Impressive is the central castle door, made of thick wood covered with metal plates.

You can find all the above 5 castle town at our below map.

Have you ever visited the 10 best castle towns in Greece? (part B) →