There are plenty of places around the world that are famous for the beers that they produce and Greece objectively isn’t one of them.

But does this mean that there is not such a thing as a nice cold Greek Beer?

We won’t give you an immediate answer, as we are trying – sometimes! –  to be objective, but the following Greek beer brands may answer that!

Many geographical areas around Greece have their products, and it’s worth trying them.

In this article, we will mention the most famous Greek beers briefly, but then we will focus on local brands! In the past years, there is an “explosion” in microbreweries where many passionate beer lovers trust their local products and with knowledge and passion create and promote local beers!

At the end of the post, you will find a map that we “build” with all the microbreweries that we mention in this article, so if you are visiting the relevant place, you can look for them!

If you want us to add any other local Greek beer, just leave a comment!

Mythos Beer: It is the most well-known Greek beer brand, an original lager with many awards and honours. You can easily find Mythos around Greece, from supermarkets to even restaurants and bars.

Alfa: A light blonde Lager, with a distinctive aroma, and it is one of the oldest brands of beer in Greece as already counts 48 years of life. 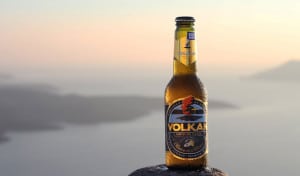 Volkan:  Santorini is one of the most beautiful islands in the world (you can find here our particular post about the 21 things to do in Santorini in 2020!) and except the amazing sunset has one of the most exciting beers! Volkan is based on honey from Santorini and citrus from Naxos. Due to the salty water of the island, a lava filter is used. During fermentation, the Volkan Pilsner enriched with hops enhancing the aroma! It has 4 different versions, Volkan dark, Blond, Grey and White. 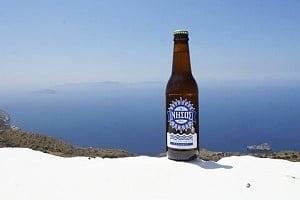 Nissos: Nissos is the first Greek Beer that received the Silver European Beer Star 2014! It comes from the island of Tinos, and it’s unpasteurised, filtered, well balanced in aromas and flavours.

This is one of my favourite Greek beers for sure! Their brewery is of course in Tinos, in Vagia village, and you can visit during summertime and taste all the 6 different versions!

Brink’s and Charma Lager are two fantastic beers from Crete, and it’s worth it to find and taste them. During our eight days itinerary in the Chania region, in Crete, we tried Charma beer, and we loved it!

Solo (ΣΟΛΟ): This is another recent effort from Irakleio in Crete with a gold medal from Barcelona Beer Festival in 2017 and other awards! We tried the protagonist beer, which is a black beer with a small tan head. The taste is mainly sweet chocolate, with some vanilla! 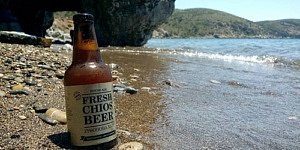 Chios Fresh Beer: This exclusive beer comes from Kampos in Chios, and it is aged in small quantities without preservatives, strictly unfiltered and unpasteurised.

Magnus Magister: Of course Rhodes has its local beer that you should try if you visit this island! Magnus and Knights beer of Rhodes is the two options from the local brewery. These beers also reach many islands in the Aegean and Ionian seas.

Vergina: You can try the Weiss with vibrant colour and fruity aroma and reminiscent of clove and banana!

Voreia Beer: We tried the Voreia Wit beer, which has a cool pale cream colour head.  Smooth malts, soft and sweetish and it does show a little wheat grain, but it blends in well! The microbrewery that makes this fabulous beer (and other 7!) is in Serres, which you can visit if you are in the area.

Septem: One of our favourite Greek beer brands. With a stylish bottle, Septem beer gives an excellent first impression, and it comes from the island of Evia. An excellent choice is Septem Monday’s Pilsner with thick, almost creamy foam.

Delphi: The name of the beer is inspired by Delphi, the navel of Gaia according to the ancient Greeks, which is one of the most significant and formidable monuments of Greek heritage. There are several different beers, like Ale, Pilsner, lager etc! This is a family microbrewery located in Chalkis and is focused on the production of craft beer products characterized by the absence of pasteurization and filtration as well as with the use of the traditional way of fermentation inside the bottle! I don’t think that you can visit the microbrewery yet but you can find more information here! 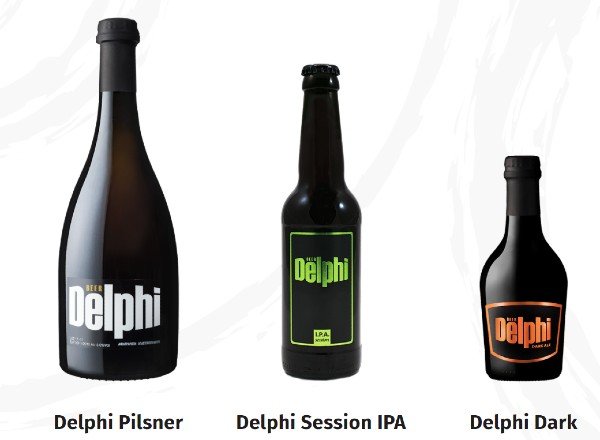 Zeos: It comes directly from Argos, and it doesn’t have any preservatives. If you find it, we suggest the lager beer, which is a Macedonian recipe with a slightly sweet taste.

Sparta: This is a beer that comes from the famous Spartan grounds! The lager that we have tasted is a brew of fresh, unfiltered and unpasteurized beer with rich taste and flavour! The brewery uses Greek malts and water from Taygetos mountain springs! 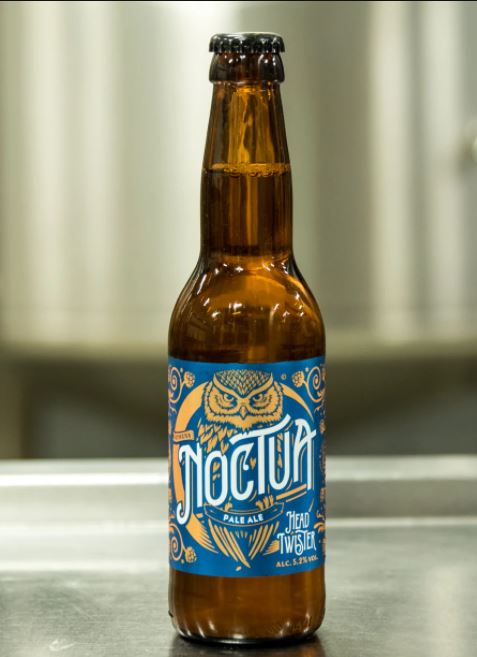 Noctua: This is a quite unique urban brewery that is located in the centre of Athens at an old car repair shop on Piraeus Street and it was transformed with a lot of imagination and endless hours of work into a special microbrewery! My favourite Noctua beer is one of the first beers that this brewery produced back in 2016 and is the Noctua Head Twister! It has a golden colour with aromas of apricot and peach, which are quite recognisable when you taste it. The body is with a nice and bitter aftertaste! You can find more information on their website (unfortunately it is in Greek!)

Craft: This brewery insists on pure ingredients, and it produces small quantities but a large variety of beers.

There are many different brands in Greece, and you should try a lot of them to find the ONE for you!

But, it’s worth the effort. After all, as someone said:

Beer is proof that God loves us and wants us to be happy!!!

Below you can find the map that we “build” with all the microbreweries that we mentioned in this article, so if you are visiting the relevant place, you can look for them!

If you have tried any of the above or any other local Greek beer or you have any question, just leave us a comment below or submit a request here on our website!

Nothing Can Prepare You for your first Athens Authentic Marathon!

Have you ever visited the 10 best castle towns in Greece?

4 thoughts on “The best local beers in Greece!”