Amorgos, the island of the “Deep Blue” film is located at the Southeastern edge of the Cyclades. Till the beginning of 90s, when the first appropriate roads started to be built, the donkey was the most important mean of transport! The proper roads started to be built in the mid 90s. Even today you can find donkeys carrying heavy loads of fresh products from the fields to the villages!

Track “Melania”: Bay Aigialis-Lagada-Stroumbos- Panagia Epanochoriani- Tholaria. It lasts only two hours! What is two hours, nothing! This route has a great interest and great views over the bay of Aigialis. In Lagada admire the old windmills, Canyon of Araklis and the Church of Panagia of Epanochorianis. In Vigla hill, near Tholaria was the acropolis of ancient Aigialis, where today there are ruins of walls, bases and statues and tombs of the Middle Cycladic era!

Track “Old Strata”: Chora – Monastery Chozoviotissa – River – Ormos Aigialis. Before you begin, don’t forget to take all the relevant stuff with you, because this is the longest trail on the island, which takes about five hours! So, take water, snacks and of course a camera! This route offers many points of spectacular views to all points as it runs the mountainous backbone of the island. Having the monastery as a starting point, you are going to pass the chapel of Panagia of Theoskepasti, the desolate village of Agrilies and the church of St. Nicholas, where you can see beautiful paintings on the rocks! 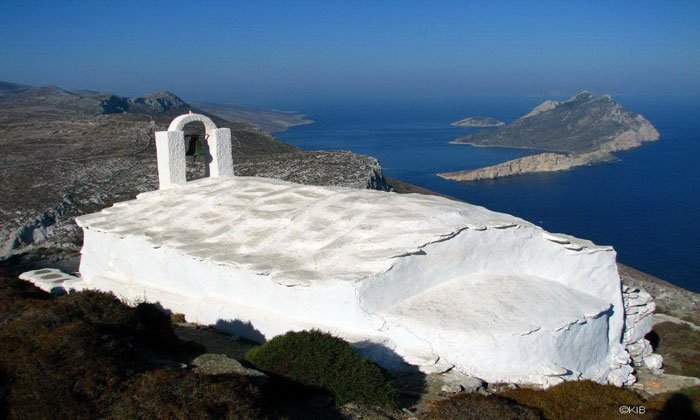 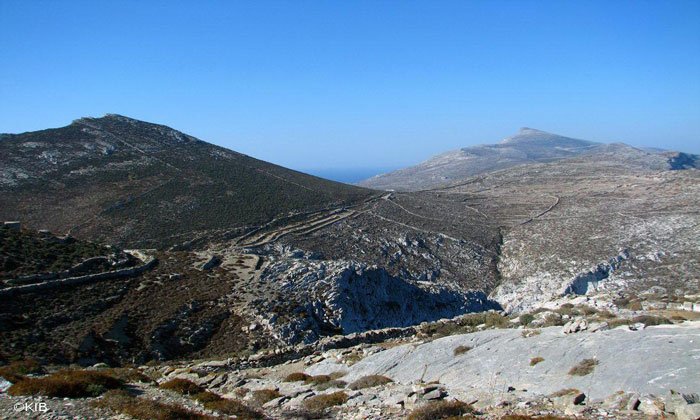 If you need to know more about hiking in Greece and especially in Greek islands, simply ask us!

← Hiking in Kea, walking in history..