It’s widely said that beaches are far a better choice than lakes and probably we would agree on that. But, is it possible to have both of them? Greece can offer atmospheric lakes on islands with incredible nature, serene beauty, myths and legends! Let’s discover some of the most beautiful lakes on the Greek Islands!

In the area of Pythagorion, there are Glyfada lakes,  one “small” and one “large”, which are connected and usually have water during the entire season. Their creation is due to the existence of many seepages that feed them and there exist beautiful birds herons, ducks, pelicans etc. On the banks and reeds live small reptiles and in water swim unique fish.  It is worth noting that the wetland is included in the special list issued by EKBY and is characterized by CORINE  as natural formations protection area! (photo by Giorgos Fakas from manolis-vasileias.blogspot.gr) 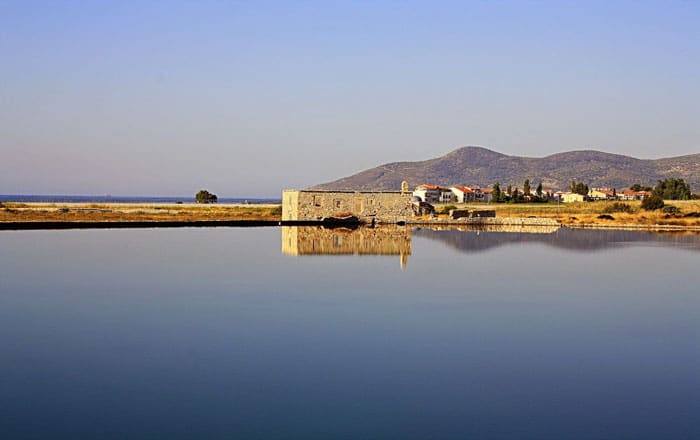 Aliki is a coastal salty lagoon while Chortarolimni and within walking distance of each other. Among them, there is a smaller lake, Asprolimni. Aliki is covered during most of the year by seawater, unlike Chortarolimni which normally doesn’t have enough water during summer. The two wetlands are excellent examples of naturalness. Especially Aliki is perhaps the only natural salt lake to such an extent throughout Greece, untouched by man. The limited data so far reveal that both lakes maintain a sufficiently large number of rare and endangered species protected by international conventions or by Greek Legislation. (photo by mylemnos.gr)

Lake of Nanon (Lake of Dwarfs): The only perhaps lake in Rhodes which is natural – there is also the artificial Apolakkia lake. The level of water depends on weather conditions. But especially when there is much water, it can offer a beautiful sight to a small, but a beautiful ecosystem. An exclusive resident of the wetlands of Rhodes and in Lake of Dwards is the Gizani, a small freshwater fish that lives for a relatively short time of about 3 years and feeds on a wide variety of foods. The gizani is an endangered species protected by both the Greek and European legislation. (photo by Hlias Anthitsas from spourgitas.blogspot.gr) 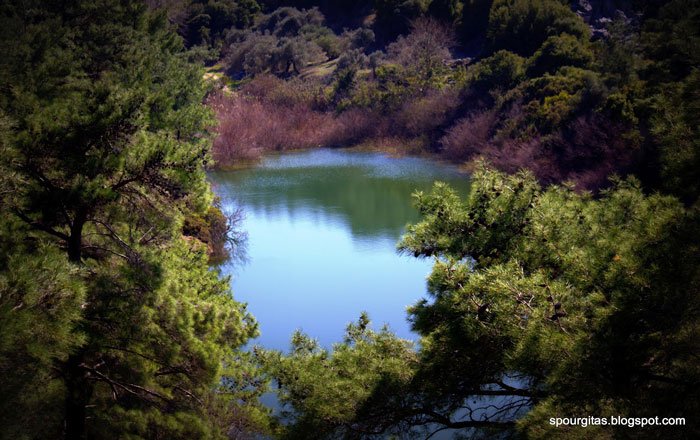 Crete has limited water resources due to its climate. However, there are several small lakes that are important for the Cretan ecosystem. The largest is the lake of Kournas. It’s located on a magical landscape, surrounded by high mountains and amazing groves, only 20km west of Rethymnon. (photo by Theophilos Papadopoulos) 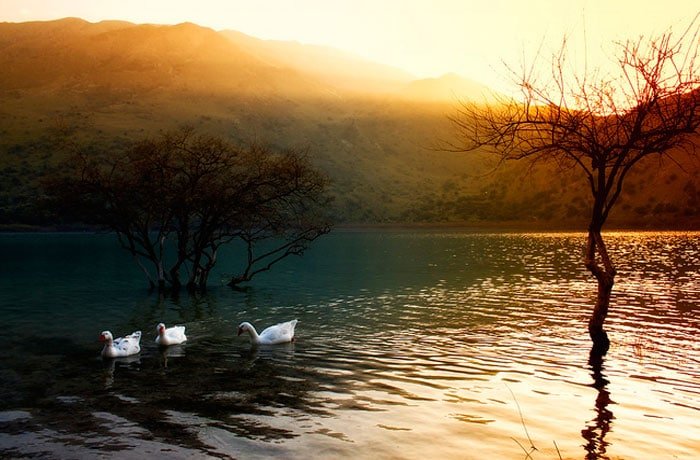 If you have any other suggestion about Greek lakes simply contact us!