There is a number of Greek Islands that you probably find on every top 10 list, but I think Leros island, which is quite remote, isn’t never one of them!

But, let’s keep this island between you and me and find out more about this special hidden gem!!

From the first time that I arrived on this island, I felt a different vibe and I am afraid that I cannot explain it!

From the harbour, we went directly to Panteli beach and we had some very delicious fish on a table, which was literally on the beach 1-2 meters from the water! It was just magical!

It hasn’t the landscape of Santorini or the nightlife of Mykonos, or the beaches of Zante or Kefalonia. But it had an unexpected character that is revealed in front of my eyes effortless!

In this post, I will give you the key points on: So, let’s start!

When you should visit Leros and how many days do you need there?

July and August are the two months in Leros, where most travellers visit this island. Also, the weather temperature peaks its high. On the other hand, June and September are quieter and still quite warm, so they are the ideal months to enjoy Leros island! Leros is a small island and you won’t need too many days.  Two and three days should be enough to see everything, but I tend to stay more on these small islands, as my purpose is not only to just do and visit the best things on the island but to feel the island and really reduce my stress level and relax! We visited at the beginning of July and it was lovely! We stayed there for 4 days, but I could easily stay more, as I love these slow-paced places!

How to Get there?

Leros is a small island that is located in the northern Dodecanese a few miles south of Patmos. There are only two ways to visit the island by ferry and by aeroplane.

What to do in Leros

Now, as this is the most common question let’s dive more into this!

#Learn more about the History of the place!

In Leros, you will find a special architecture that has been influenced by the Cycladic but also by Italians and Alexandrians!

Lakki, the capital of the island was designed by Italians and the most notable landmarks are the cyclical market with the clock tower, the church of St. Francis of Assisis, the lovely barracks on the edge of the waterfront, the hotel «Roma» etc.

#Visit the castle of Panteli

This is the most important medieval memory of Leros, a terrific work of the 11th century that no one should miss! Bypassing the entrance of the castle, you will admire the church of Our Lady (17th century) and then if you wander around, you get almost “dizzy” by the spectacular views of the island and the sea.

#Do some hiking activities!

Leros offers hiking activities with very beautiful paths. One of the most beautiful trails is from Merikia’s museum tunnel to Katsouni and the Lighthouse.

Very close was mounted cannons that they were sending their bombshells 18 km away! It is claimed that Alistair MacLean’s book “The Guns of Navarone” was probably influenced by these defence systems!

It is a part of tunnels around Lakki and there was the maritime administration of Italians, who remained in Leros for 31 years (1912- 1943). During the Second World War, the Germans tried to recapture Leros due to its strategic and geographical location and they literally bombarded it for 52 days and they finally conquered it. 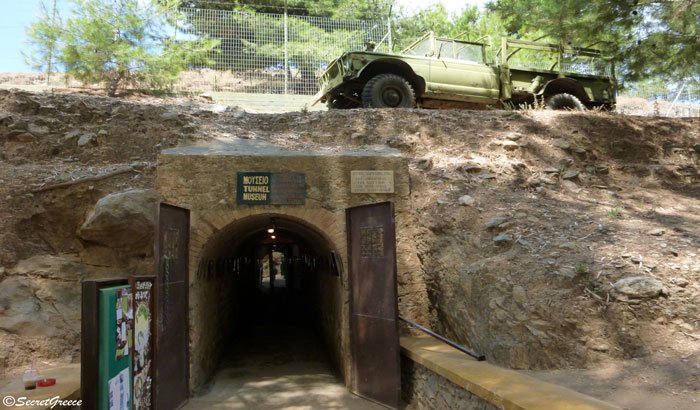 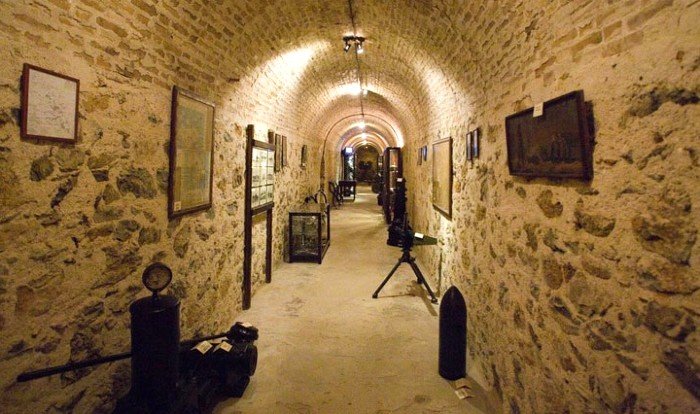 #Learn more about the history of the psychiatric hospital on the island.

The Italians during their occupation had built in Leros a small district of unique buildings for the Italian Admiralty.

Many years later, in 1957 the Greek government decided these abandoned buildings be converted into a psychiatric hospital. The bad conditions were highly criticised especially during the ’80s and ’90s and Leros island was stigmatised as a “shrink island” for a couple of decades.

For those that summer holidays are combined mainly with lying on beaches, we will be glad to inform them that Leros has some beautiful beaches as well!

The beach Vromolithos just before the Panteli is a classic choice, like Alinta and Dio Liskaria. 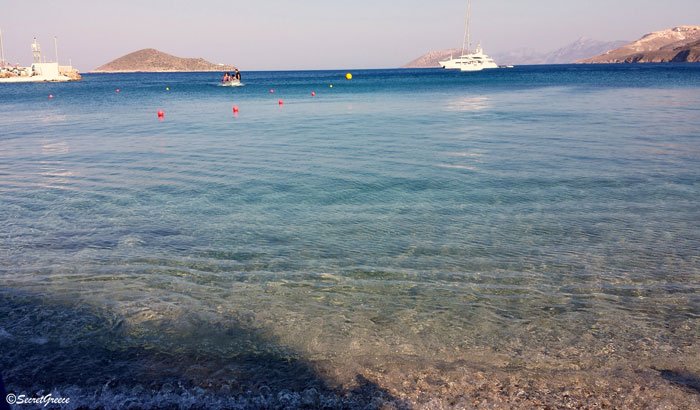 On the west coast, you have to visit the bay of Gourna, where you will find a sandy beach with trees and a tavern, an absolute typical Greek picture!

Once you get up there, don’t forget to visit the picturesque church of St. Isidoros, which is built on a reef in the sea and it is probably in the place of an ancient temple! This is one of the most churches in Aegean! Absolutely amazing. 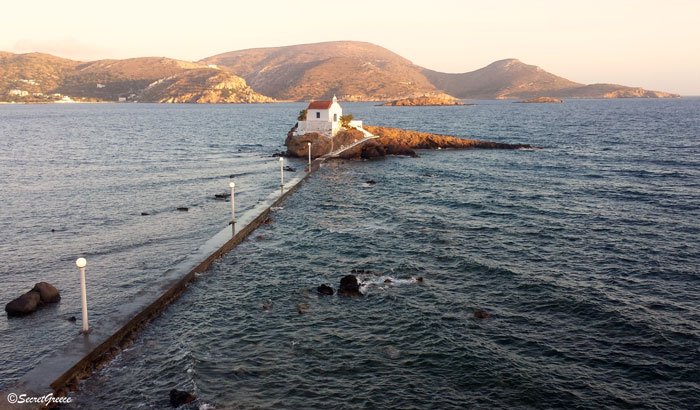 Agios Spyridonas: A bay ideal for those who can not decide what they prefer: pebbles or sand?! Krithoni: An organized, popular beach of Leros with crystal clear water. Koulouki: It consists of three consecutive coves with sandy beach and pines. In the 2nd cove, there is a cafe-restaurant.

Agia Kioura: A little further north, after the airport, there is still a chapel, St. Kioura with some beautiful paintings, made by political prisoners of the dictatorship period 1967-1974 and old images! When you pass the church, you will find a small, beautiful and hidden beach, because history and art are very good, but a dip into deep blue during the summer is absolutely essential!!! Note, that it can get quite crowded in busy periods and there is no canteen or umbrellas, so be prepared!

They say that beauty can be hidden in unexpected places and Leros is exactly this case.

An attractive destination, away from the spotlight that keeps its treasures for the few that they will visit this beautiful, small island.

Where to stay in Leros

Leros is a small island and the best places to stay is Panteli, Agia Marina or Vromolithos. In this post, we will present you our 3 favourite hotels and apartments, but we have written a dedicated post about the best hotels in Leros with photos, reviews and a detailed map and you can find the post here!

Nefeli Hotel: It is located in a peaceful location next to Agia Marina town, very close to the beach of Kritoni in Leros. The rooms are very clean and the hospitality great! Find more information here!!

Asterias Hotel: It is traditionally built in Cycladic style, in white and blue tones and has amazing views of the sea, next to picturesque Panteli village. You will get very good value for your money. Find more information here!
Villa Clara Leros: This is a beautiful villa with a wonderful garden and luxurious rooms! It is an elegant building with great artwork everywhere! Find more information here!

How to move around the island.

Leros has a bus network that connects the basic places. We rented a car and I totally recommend it as you will be able to visit places that are not served by bus. Here is a map with all the mentioned beaches and the hotels that we recommend to stay in Leros. If you have any query or anything to add, please leave us below a comment!

This blog has been also published in Greek in Travelplanet24 blog!

Athens, the European capital that vineyards & wineries are so close from the city!

Your guide for getting married in Greece!

2 thoughts on “Leros island. Let’s be travellers, not tourists!”